The reading level for this article is All Levels

An inspirational empowering story about turning negatives into positives

How would you react if someone said to you â€œYouâ€™re a nothing. Youâ€™ll always be a nothing?â€ Tell them to go jump probably. And thatâ€™s the polite version. Â

To save embarrassment letâ€™s call him Mr Smitherton.Â  He might still be alive.

No one ever spoke in Smithyâ€™s class unless spoken to first by him.Â  He ran that class with an iron fist.

One day during the middle of a lesson I committed the most heinous crime.Â  I whispered something to my adjacent class mate. Good if you get away with it.Â  I didnâ€™t.

â€œWho do you think you are?â€Â

A difficult question to answer at the best of times.Â  As a shy 15 year old, impossible. So I didnâ€™t.Â  In front of 40 other boys my face just went tomato red.

Well that was a humbling experience.Â  Or should I say humiliating?

I just pushed that out of my mind until the next day.Â

One of the toughest guys in school came up to me in the yard.Â  And it was a tough school to begin with.

â€œHey Cahilly, I spoke to my mum about what Smithy said to you yesterday.Â  About you being a nothing.Â  What he said was terrible.Â  My mum reckons it was a shocking thing to say and that no one should ever say that to anyone.Â  And I agree so donâ€™t worry about it.Â  Donâ€™t take any notice of it.â€

To be the recipient of such compassion from a super tough guy like him was a bewildering experience on its own.Â  I saw his street fighting skills on a few occasions.Â  They were exemplary. Â Anyone stupid enough to be his opponent was taking a huge risk.Â  Iâ€™d rather be a novice lion tamer.Â  At least with a chair and whip, survival might be an option.Â Â  Â

His comment impacted me on two levels.Â  His compassion and support for me was one.Â  The severity of Smithyâ€™s disempowering comment was the other.

I didnâ€™t realise it until many years later but subconsciously, self empowerment and empowering others became a crucial part of my life from then on.Â  Nowadays, if I see or hear people being disempowered I react quickly and assertively in their defence. Â

If I see or hear people disempowering themselves with their own words or their own behaviour, I have this uncontrollable urge to say so.

I donâ€™t get it.Â  What right does anyone have to disempower another human being? Â And why would we disempower ourselves?Â  Yet most of us do it blissfully unaware weâ€™re doing it.

For me, Smithy and tough guys were a good combination.Â  Good for the world too.Â  EliminateSmallBusiness.com – a Global Empowerment Initiative â€" is one of its positive outcomes.

You are welcome to copy and use this story on your blog or webs site with reference to the author Peter J Cahill and the source http://www.zeromillion.com

A Dream to Make Your Heart Sing

How to Create a Winning Impression in Your New Job

How To Get Slightly Famous in Print 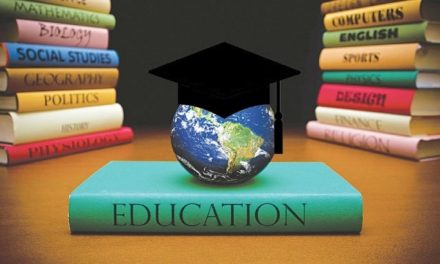 Benefits of Graduating from an IB School