5 Steps You Must Take to Becoming a Better Team Leader

There are two kinds of people in this world: those who follow, and those who lead. If you are a leader, then congratulations; you are probably going places with your life. However, a lot of people feel like they have been placed too soon in the role of a team leader, so they may feel that they need a little extra help.

If you don’t trust yourself to be the next Captain America when it comes to your leadership skills, here are some steps that you might want to follow. These will help you improve yourself – and consequently, make your team successful.

If you want to de motivate your people, all you have to do is complain about their actions and constantly criticize them. Sure, they made a mistake; but the best way to keep them working is to put things in perspective with what they do succeed with on a regular basis.

Put some accent on the positives and treat those mistakes as an opportunity to do better. Therefore, instead of saying “You’re bad at what you do,” say “I know you can do better.”

Every person likes to receive positive feedback from the ones above their rank – so as a team leader, you may want to drop a few praises every now and again when someone does good. If they are praised, they are most likely to repeat that behavior again – which will further lead to a better team result. Focus on using positive reinforcement rather than using fear and threats as a main tactic.

Sure, you may have your ideas – and your position of power entitles you to be in the right. However, if someone in your team has a different idea, listen to it. Try seeing it through their eyes; maybe you’ll actually learn something. And even if you don’t, if will be a form of respect for the people in your team.

One may think that if you went up the leader rank, you are off the hook for the unpleasant tasks. You’re the leader, so why shouldn’t your “minions” do it for you? However, if you plant some of those unpleasant tasks in your daily schedule, it will make it much easier for your team members to respect you.

As a team leader, you will probably be asked to set schedules and assign tasks. Sure, you’re allowed to have team members that you like more than others – but it doesn’t mean you should show preferential treatment. Be fair in your assignments so that you won’t start getting complaints from your team members.

If you want to become a better team leader, you may find some leadership courses here. It won’t be easy, and it may take some time until you get used to the role – but you can definitely do it. By following the right steps, you won’t become a dictator; you’ll be a leader.

7. How to improve your planning abilities 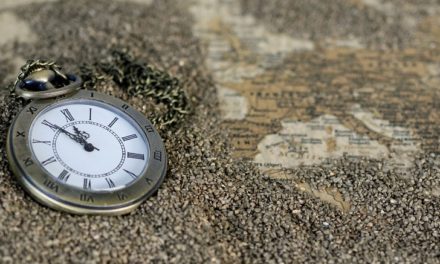