Do You Treat Male and Female Employees Differently?


The reading level for this article is All Levels

Although you would like to think weâ€™ve gotten past those days, there are undoubtedly still a number of offices where males and females receive different treatment during the work day.

In looking at news headlines, retailing giant Wal-Mart has been saddled with a number of lawsuits involving its labor practices, some of which allege that the company discriminated against its female workers when it came to promotions, compensation, and job assigning.

According to the lawsuit, even though women make up more than 72% of Wal-Martâ€™s workforce, men oversee 90% of the managerial positions.

In addition, less than one-third of overall store managers are female, far less than Wal-Martâ€™s major competitors. The lawsuit also points out that there is only one woman among Wal-Martâ€™s 20 top officers. A complaint was also logged that the companyâ€™s female hourly employees receive 40 cents less an hour than their male counterparts, while female managers make close to $5,000 less a year than male managers with the company.

So, how can your company avoid being put in a precarious position when it comes to male and female employee alignment?

For starters, take the time to do a review of your companyâ€™s hiring procedures and look for any glaring errors when it comes to the genders.

Are you running a company that is top-heavy on the management side with men? Are women paid less for the same work that a male counterpart is doing? Have you received complaints in the past regarding this matter? If so, what was done about it?

Another way to test the waters is by surveying your employees (employees can fill out surveys in secret to make them more willing to discuss matters).

With more women making their way up the corporate ladder, there is more pressure on business owners, many of whom remain men, to play by the rules.

According to a Wall Street Journal/NBC special survey, approximately 80 percent of Americans surveyed indicate that females have made major steps forward in the workplace.

As more women enter the workplace, make it a point to make sure youâ€™re not treating the genders differently in your office. Along with the potential discrimination suits that can arise from such treatment, unfair treatment can cast a negative eye on your business.

On the flip side, businesses should avoid hiring quotas and hire the best people for the job regardless of their sex.

Assemble the best team possible, treat all employees in a fair manner and you should see yourself with a solid business model that others will want to follow.

Dave Thomas is an expert writer on items like online marketing and is based in San Diego, California. He writes extensively for an online resource that provides expert advice on purchasing and outsourcing decisions for small business owners and entrepreneurs at Resource Nation. 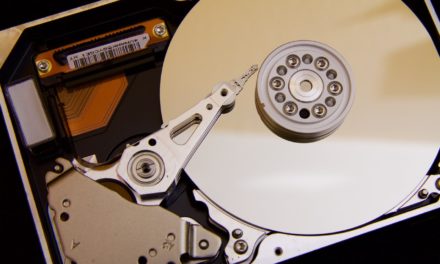 Create a Positive, Upbeat, “”Can-Do”” Workforce and Dazzle the Customer with Your Caring